Do ALL Your Team Understand What Your Team Exist To Do? 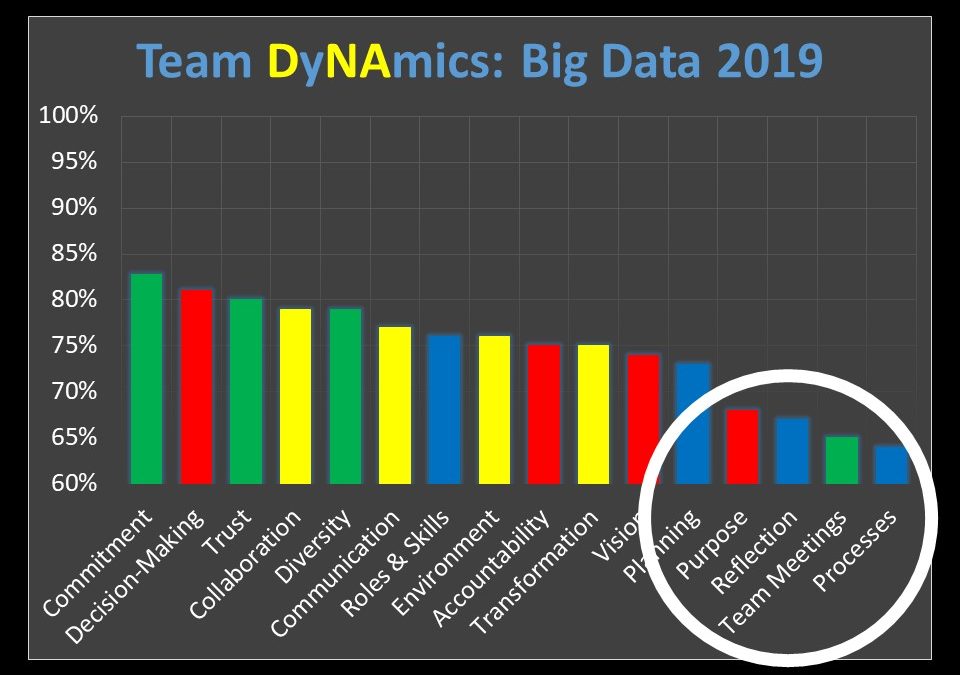 In 2019, the data, from all those teams, that used the Team DyNAmics Model, for the first time, highlighted that 4 out of 10 team members, felt that they did not have a clear understanding of their Team Purpose i.e. what the team existed to do.

I’m sure that you’ll agree that the above is very concerning. 40% of team members, not clear on what their team exists to do!

In the Team DyNAmics Model, that supports effective teamwork, of the 16 Elements, Purpose, is the most important, as it is the foundation upon which high-performance teamwork is achieved and yet it ranked 13th out of the 16 Elements.

The Importance Of Team Purpose

In a survey by Harvard Business Review, 98% of workers said that having meaning in their working lives was an important factor.  They wanted to understand how, what they did in their role, helped their team to achieve its goals.

Stephen Covey mentions in his book, The Seven Habits of Highly Effective People, “Begin with the end in mind.”

Simon Sinek has focussed attention on the importance of why and whilst I support his message, personally, I think it should be what, because, that is the question, that you are more likely to be asked by someone else, “Tell me, what does your team do?” 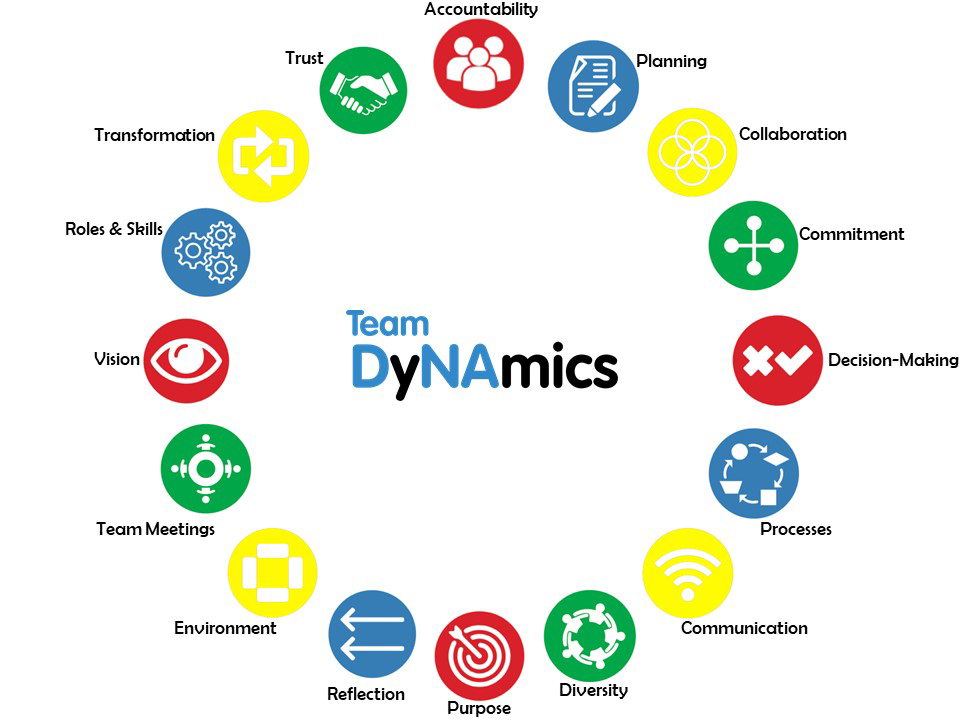 In one of my first leadership roles, I was asked to lead an already established finance team.  I had been made aware that they had a low esteem of what they did and that perception was mirrored in the business units they had working relationships with. They were known as the ‘bean counters’, which had become a self-fulfilling prophesy.

At the first meeting I had with my team, I asked each of them, individually, to write down, “What does this team exist to do?”  They then, one by one, shared what they had written with the rest of the team.

Their responses were varied, which was a worry in itself, but at the core of what they thought the team existed to do, was “To produce monthly accounts that are as accurate as possible as quickly after month-end.”

I’m sure that you’d agree, that this is pretty boring and certainly didn’t instil a sense of pride in what the team did, nor indeed motivate and inspire individuals to play their part in achieving it, to the best of their ability.

The 3 Elements Of A Team Purpose Statement

For the next couple of hours, I challenged them and their perception as to what the team existed.  I did this by getting them to focus on agreeing three fundamental elements that together, would make a clear, motivational and compelling Team Purpose, that they would have collectively created, agreed and therefore buy into.

The three elements that I asked them to develop were as follows:

1.  What does our team exist to do?  What is it that we really do and deliver?

2.  What does this enable?  What value-add does this really achieve?

3.  What benefits does this deliver?  How do others really benefit from what you do?

Eventually, after many ideas and much discussion, the team came up with a Team Purpose Statement

This is what they came up with;

(DO) The Finance Team exists to ensure the timely delivery of value-adding financial data and information to our global business units, (ENABLE) which enables them to make informed investment decisions, (BENEFITS) that deliver tangible benefits to our customers, staff and organisation.

It is important that a Team Purpose Statement can be justified and is specific.  It is no good using phrases such as “the best”, “the most creative”, “a world leader”, unless these words can be backed up with evidence that your team is that.

The acid test is to share your Team Purpose Statement, with those who don’t know your team, to find out whether they understand it.

I’m Not Just The Janitor

During a visit to the NASA space centre in 1962, President Kennedy noticed a janitor carrying a broom.  He interrupted his tour, walked over to the man and said, “Hi, I’m Jack Kennedy. What are you doing?”

The janitor responded, “I’m helping put a man on the moon, Mr. President.”

What a great story! Obviously, the janitor understood the importance of his contribution and how his role linked into the overall purpose of the NASA Space Team at the time. He truly felt he was a valuable part of something bigger than himself, and his attitude created a feeling of self-confidence in his mission.  He wasn’t merely a janitor, he was a member of the 1962 NASA Space Team!

What Action To Take

Do you have an inspirational, value-adding Team Purpose, that everyone is bought into and understands?  It doesn’t matter whether you are a leadership team, an operational team or a project team, this is the most important thing that you need to establish and agree, if you want to achieve high-performance teamwork.  Here’s a suggestion on what to do.

I’d love to hear about your experiences relating to Team Purpose. Here’s mine;

Ngagementworks exists, to provide learning and development solutions, that engage individuals and motivates teams, helping them transform and achieve even greater success, resulting in increased engagement and effectiveness at individual, team and organisational levels.

If you would like further information about Team DyNAmics and receive a Sample Team DyNAmics report, either send an email to nick@ngagementworks.com, or complete the Contact Form

If you know of someone who would find this article of value, please do share it with them, using the social media buttons below.  In addition, if you don’t want to miss out on future articles and team-building activities shared, use the Newsletter subscription to the right.  You’ll receive a newsletter, no more than once a quarter, with other team-building activities you can use with your team, to help you achieve even greater success.

The Team DyNAmics Model, was created by Nick Fewings and is powered by Clarity4D