Are You Chasing The Money To The Detriment Of Making Memories! 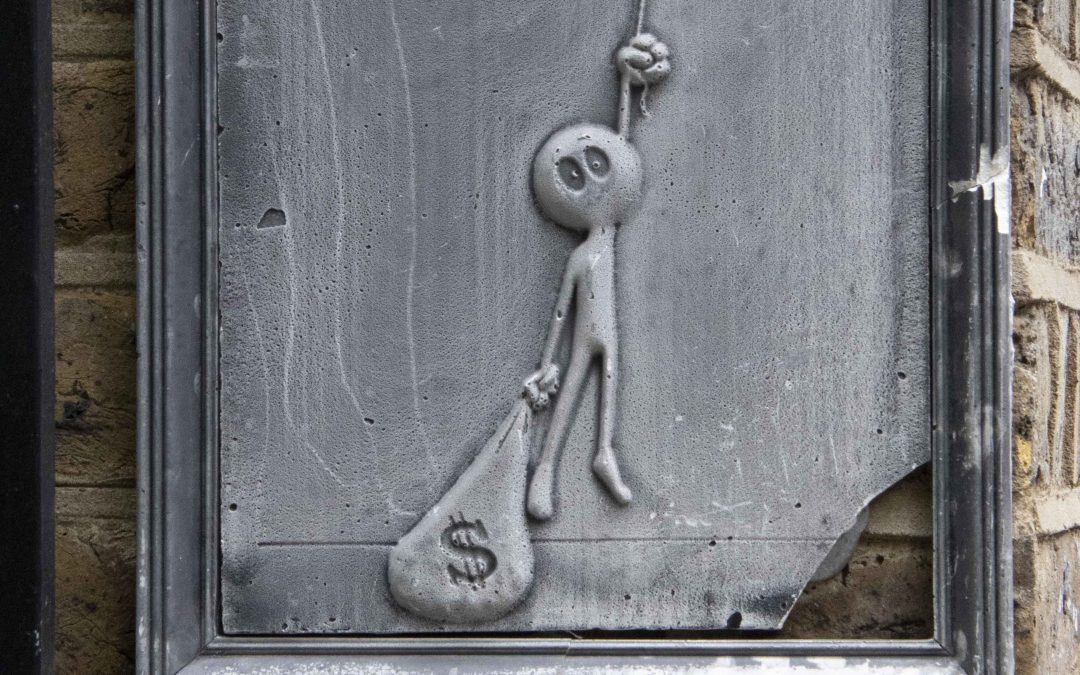 I was working with a team recently, facilitating some team-building.  I’d never worked with them before and for some, meeting a new facilitator, can be daunting.  So, to build rapport from the start, I shared a couple of slides, giving a brief history of me, both in work and in my home life, which included one of my passions, photography.

At lunch, one of the team came up to me and said that he had the same passion outside of work, as I had, namely photography, and asked what I did with my photos.  I explained that holiday photos were made into albums, as a hard-copy reminder of great times on holiday and I said the best of the rest that I take, I made available for others to freely use, via a website called Unsplash.  His eyes rolled to the heavens, as he said that he never gave his away, but instead had a website, where he sold his photos, either as prints of various sizes, mouse-mats or just as a download.

“Why would you give them away?” he asked.

“To make memories and help others.” I replied.

“What do you mean, to make memories and help others?”

Using my IPad, I showed him a photograph of “The Trinket Seller”, a photograph that I’d taken in Sal Rei, the capital of Boa Vista, Cape Verde.  I’d initially, in error, uploaded a portrait of a man, taken by my wife and tagged her photo with the word dreadlocks. 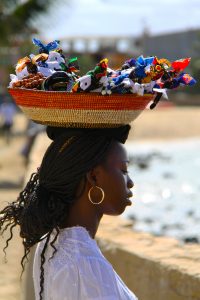 A colour-pencil artist, by the name of Wendy Layne, who lived in Texas at the time, was searching for images with dreadlocks, saw the image and contacted me to see if she could have permission to use it.  That is when the error came to light of me uploading my wife, Belinda’s photo, however my wife was in agreement and the artist also used my photo.

Whilst Wendy has the rights to her original artwork to sell, my wife and I ended up with the #1 limited edition prints, which proudly hang on a wall in our lounge.  The resulting portrait that Wendy used of my wife’s is featured on the homepage of her website. 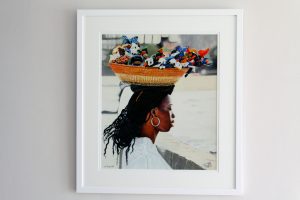 You can read the full story and see how Wendy created the portrait here, The Power Of Hashtags.

I then showed him a photo of the most expensive beach huts in the UK, at Mudeford Spit.  One sold recently for £300,000.  Most don’t have a toilet (communal toilet and shower block) or electricity, plus you can only use them for 11 months of the year!!  The high-price and waiting list is due to their location! 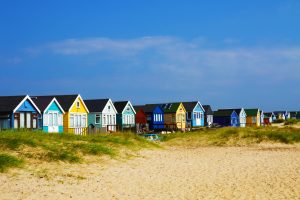 I explained that I had been undertaking some judging for the WOW! Awards, headed up by Derek Williams, which celebrate and recognise those who go above and beyond to deliver excellence in customer service.  On the train back from London Waterloo to Bournemouth, the train stopped at Brockenhurst in the New Forest.

I was looking out of the window however, felt someone sit down next to me.  Out of the corner of my eye, I could see a brightly coloured jacket and when I turned, I recognised Michael Portillo, a former Conservative MP, who I found out was on his way to Bournemouth, filming his Great Railway Journeys series.  He asked if I knew about the beach huts at Mudeford Spit, and I showed him the same photo as mentioned above. 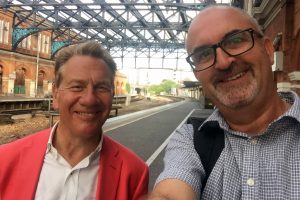 Before I knew it, Michael Portillo had told the camera crew that he wanted me to be in the footage.  If you want to watch my minute of fame, here’s the link to do so.  Nick on the Great British Railway Journeys.

Finally, I showed him a photo that I’d taken of some of some street art in Florence.

“That photo”, I told him, “has been viewed over 2 Million times and downloaded by over 27,000 people. 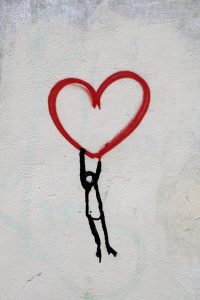 I had uploaded it to Unsplash, a royalty-free, high-quality photography site, where others can download and use images for their websites, blogs, presentation etc.  The only stipulation is that they don’t sell the original.

I love paying it forward and helping others and it is great to see my images being used all over the world, in different ways, rather than sitting on a hard drive and never seeing the light of day.

Addendum 06/08/18: Recently, I was contacted by Julie Scriver, Creative Director and Designer at Goose Lane Editions, Canada’s oldest independent publishers, based in New Brunswick, letting me know that my image had been chosen as the front cover to a 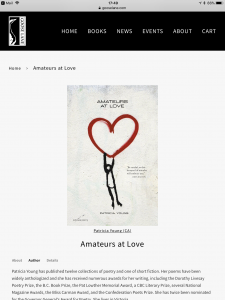 forthcoming collection of poems, entitled Amateurs At Love, by Patricia Young, one of Canada’s most prestigious poets and short-story writers.  The icing on the cake was that they would be sending a copy of the book to me, as a thank you, when it is published in the Autumn.

I turned to the delegate and said, “So you see, these 3 photos have provided me with three wonderfully different memories that I will cherish for the rest of my life.

I then turned to the delegate and asked him how much time he spent editing his photos, how much his website cost to build and host and how much money he was making from sales of his photography.

Sheepishly, he had to admit that in terms of his time to edit his photos and the cost of his website, compared to how many he sold, he was out of pocket, both financially and in terms of the time he took to edit them.

So, it doesn’t always have to be about money, especially in work.  During my career, I have come across many people who have chased the money.  Promotion for the big-salary, the company car, the title, however, in a lot of cases, it has come with a price and it certainly hasn’t made them happier.

In fact, a lot of them have missed their children growing up, leaving the house before the wake up and arriving back after they’ve gone to bed.  They’ve curtailed holidays, due to work commitments, spent long hours in the office or away from home, worked weekends and some of the really unfortunate ones, have burnt themselves out or had breakdowns, both in their mental health and their relationships.

Of course, we all have to make enough money to survive and enjoy ourselves however, chasing more and more money isn’t the be all and end all, in fact, in my experience, often the most contented people are not those with lots of money or status, who work all hours however those with lots of memories made with family and friends, doing what they enjoy.  As the saying goes, we should work to live, not live to work.

Interestingly, there was a survey of those in their 80s, which asked, if they had their lives over again, what would they do differently.  They didn’t say make more money, they said make more memories!!

Have you got the balance right in your life or are you chasing the money to the detriment of making memories?

Wishing you continued success and happiness in both work and life